THE SCARIEST HAUNTS OF WINDSOR-ESSEX COUNTY 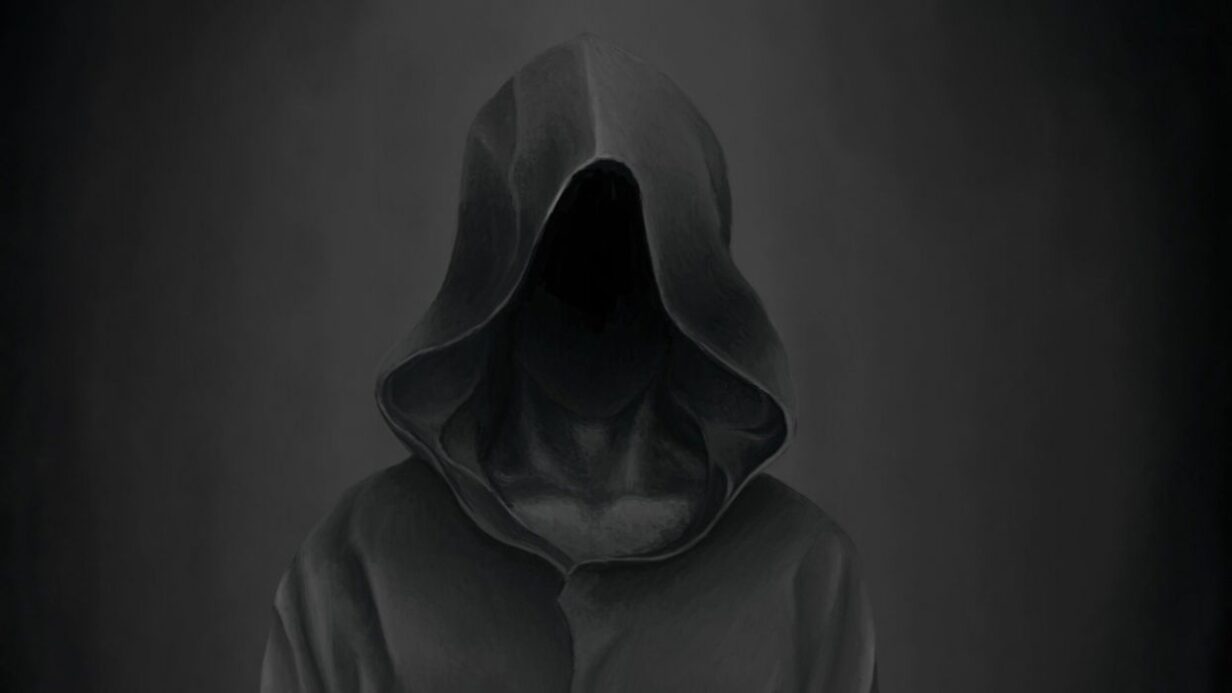 THE SCARIEST HAUNTS OF WINDSOR-ESSEX COUNTY

**Excerpts from the original article by SHELBY WYE, Toronto.com, October, 2015

A BUMP IN THE NIGHT. A haunting wail through the trees. Hairs on end as you walk through a cold spot. All of these moments are usually forgotten about in moments, chalked up to some sort of coincidence. But, in these haunted homes and restaurants below, hearing and feeling those things might mean you were visited by one of Essex County’s many legendary ghosts.

Towns as old as the ones in Essex County are fated to have some dark moments in history. Rob Tymek, of “Monkeys with a Typewriter” Production Company, has become the local curator, collecting these tales of the paranormal and horror over the years.  He was commissioned nearly a decade ago to begin collecting the legends of Sandwich town, but as he explained, it didn’t stop there.  “I would get stories about other locations, and I would just have to talk to the employees there as well, to get more information. Then, it just snowballs,” said Tymek. “Eventually you just become ‘ghost tour guy’.”

With his help, this list will countdown Essex County’s most haunted places that you can visit this fall.  Let’s start in Kingsville, of course. 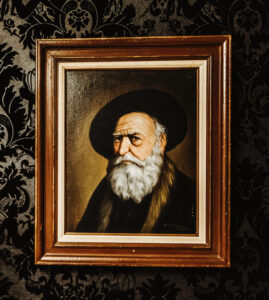 An original painting by David Pelham, depicting George the Ghost of Kingsville folklore, is proudly displayed at The Grove Hotel.

King’s Landing, of Kingsville (since demolished and now the location of The Grovedale Event Center), has a cheeky guest named George that has long been rumoured to haunt the restaurant.  The house was originally owned by the Grovedale family, who was part of a rum running operation during the prohibition. It is rumoured that George the Ghost is George Stills, a fisherman who worked for them and was killed when he demanded a fair share of profits.

Now, the fisherman keeps himself amused by turning the lights on and off in the establishment. Turning on faucets is also one of his favourite pastimes.

“One of the employees had a bit of a fight with George for a time. At the end of the night, he would make his rounds shutting off the lights, only to find time and time again that they would be back on the next time he walked past,” said Tymek.

The Willistead Manor was once home to Edward Chandler Walker and his wife, Mary. But now, the 36-room mansion hosts many happy events, but apparently in the basement, there is something not so pleasant.

“The catering company that works there has lost at least two different managers after each of them journeyed into the basement,” said Tymek. “When they came up, they won’t say what happened or what was said to them, they just quit on the spot.” 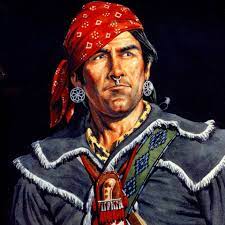 Is it the ghost of Simon Girty?

The Barrel House of Sandwich Town is fortunate to have a spectre that works part time as a bouncer. Tymeck recalls the story of a former barkeep at the bar, when it was called The Mill Tavern, where unruly guests would get the surprise of their lives.

“He said that there were times where people would get up in each other faces, and then suddenly, they would be pushed away from another. Some people even fell over, without being touched, claiming they were pushed down,” said Tymeck. There are cases where people have claimed to see drinks on the tables sliding away from obnoxious intoxicated patrons.

The old owner of the bar claimed that it was the spirit of Simon Girty keeping the peace, citing that the controversial Loyalist used to drink at the establishment in the late 1700s. So, while visiting this establishment, drink one for Girty and make sure to stay in line otherwise you might have a nasty surprise.

The most legendary tale of The Duff-Baby House is the presence of a dog that still haunts the halls. Tymek has heard stories of people hearing the distinct sound of paws against the hardwood floors, or scratches at the doors. But, there hasn’t been a dog allowed in this establishment for many years.

Caretakers, Tymek said, have stories of coming into the house very late at night, hearing the resonating barks throughout the house. But, once they tell the dog that it’s just them, the barking stops, much like your Rover will at home.

People can visit the Duff-Baby grounds on appointment only, and it is located in Sandwich Town of Windsor. 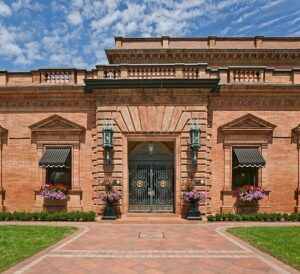 This beautiful building in Windsor usually conjures images of fall weddings, but Tymek has a tale that might change how you look at the elegant structure.

“There were security guards, some years ago when they were allowed to be armed, patrolling the building late at night. When they were walking down the hallway, they could see a figure walking towards them,” said Tymek.

They warned the person to stop, but it continued. They followed all protocol, but when the person refused to stop, they shot. The bullets passed right through, but the figure kept moving towards them, dissipating before them. 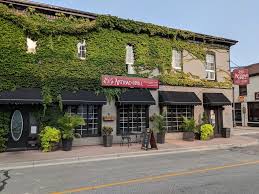 During closing duties, the daughter told the on-hand manager that he could go home, and that she would be fine alone. But, the Bullochs daughter was wrong. One of the tenants from the upper level came into the level and forced himself on her. In the dark and confusion, the daughter didn’t know who the person was that raped her just that it was one of the tenants.

“They convicted the wrong tenant,” said Tymek. “Back then, when a crime like this happened, people got hung for it. The man, insistent he wasn’t guilty, was hung for the crime. Years later, the other tenant confessed to the crime.

Now, it is rumoured that the wrongly-convicted man still haunts the establishment. There are rumours that a tenant cut their lease short due to strange happenings in the house. Objects would move around the apartment, and doors would open and shut on their own. The final straw was when the tenant woke up the sounds of a man shouting in the living room, only to find nothing there.

While most of the stories take place upstairs, Tymek says that sometimes the spirit will visit the restaurant if you’re lucky…or unlucky. 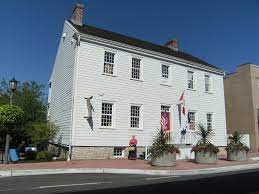 The Gordon House is in Amherstburg, and is used as both a tourism office and home of council meetings. But, there have been reports of strange occurrences at this establishment.

The most prominent is the tale of the Gordon’s daughter. A musical woman, she loved to play piano, but when she was arranged to marry a music-hater, she was distraught. It is rumoured that she still comes back to her home to play.

Tymek said that people will hear a little melody being played on a piano despite there being no piano whatsoever in the building.

Texas Road cemetery is a breeding ground of ghost stories, the one that is most told is a lover’s quarrel gone horrifically wrong.

The time period, Tymek said, is unclear but the story is always the same.

A husband discovered that his wife was being unfaithful to him, and knew he had to do something about it. The husband one night told his wife that he was taking her out on the town. They began to travel down the road, and it didn’t take long before the wife realized that they were heading the wrong way. She kept asking him where they were going, but he wouldn’t answer. He took them to the cemetery, where they fought. He had brought a gigantic meat cleaver, and hacked off his wife’s head.

That same night, he confessed to the authorities that he murdered his wife. He brought them to the crime scene, where they recovered the body, but they never found her head. He hid it, he said, and he would never tell them where it went.

People now report seeing a ghostly woman in white with no head, walking the grounds of the cemetery as if looking for her head.

Tymek said that Texas Road has more legends than actual sightings, but can say that people should beware if they want to explore the graveyard themselves. Sometimes the police are there watching the grounds for ghost hunters.

The Park House Museum’s story, Tymek said, is one of the most concrete sightings of a ghost in all of these stories. The museum has staff that dress in colonial styles, and they make it their mission to make history interactive with the visitors.

So, no one is surprised when they go to the upper part of the house and spot a woman in black colonial garb. They speak with her, and ask her questions about the history of Amherstburg, and life back then. She answers, and she seems to have even more detailed knowledge than some of the other staff. They thank the woman, and head downstairs to continue the tour, telling the front desk staff how amazing the woman is upstairs.

Only to be told, that there is no employees upstairs. They head back up, and the woman is gone. It’s impossible for her to escape without being noticed.

“The previous curator of the museum said that they believe it is Mrs. Park,” said Tymek, “She tends to stand in the room of one of her children who died young, and she is always in black, as if she is grieving.”

Tymek said that there are some people who have talked to her on three different occasions, making her one of the most active and tangible spottings of a ghost on this list. 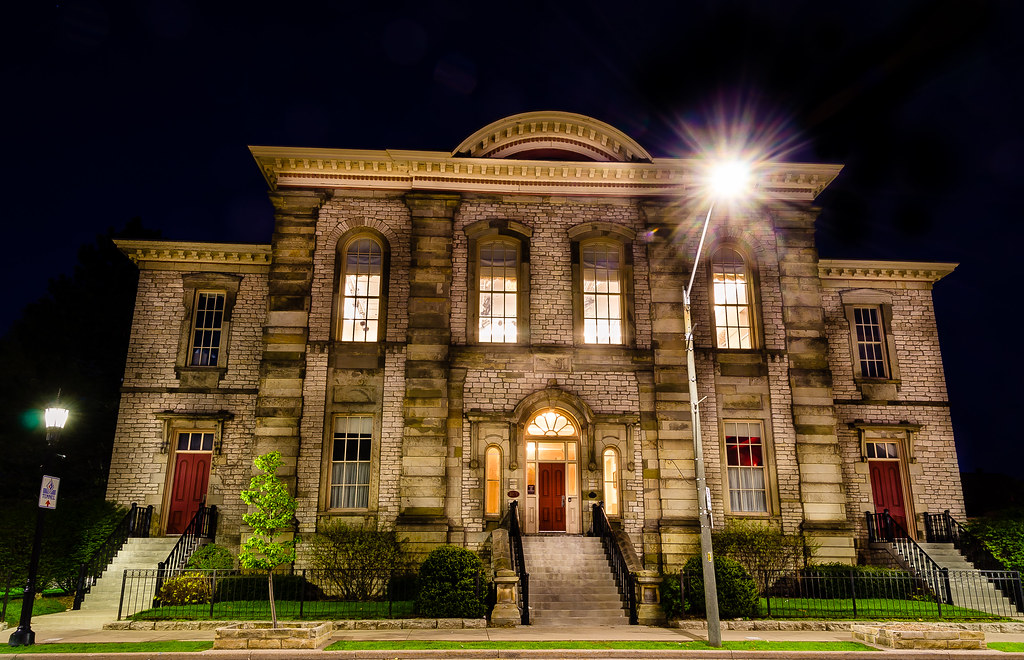 “It’s the creepiest place, with a violent history, which is a good breeding ground for restless spirits. There’s dozens of stories,” said Tymek. But, the one that stands out in particular is what Tymek calls ‘The Dragging Ghost’.

Various people have reported objects, small and large, being dragged across the rooms. The most lasting tale is one that Tymek heard about a former employee of Mackenzie Hall. The man was there late at night to finish some tasks. He set up a large A-frame ladder on the second story, and came downstairs to grab something quickly.

Then, he heard the sounds of a heavy object, moving across the floor upstairs. Knowing he was completely alone, and of the ghost stories in the past, he decided it might be best to just leave. He locked up, and the next day, the ladder was still there, but moved far away from where he originally put it.

Mackenzie Hall was originally a 19th century courthouse, jail and gallows when Windsor was just Sandwich Town. Now it is used for a variety of purposes, including performing arts space, art galleries and other special events.